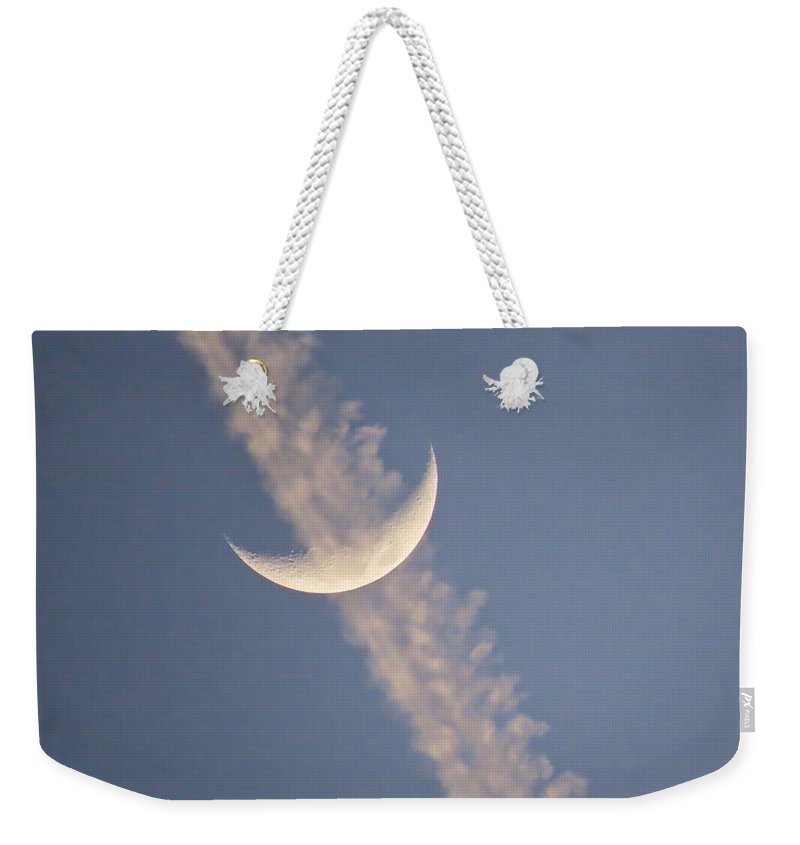 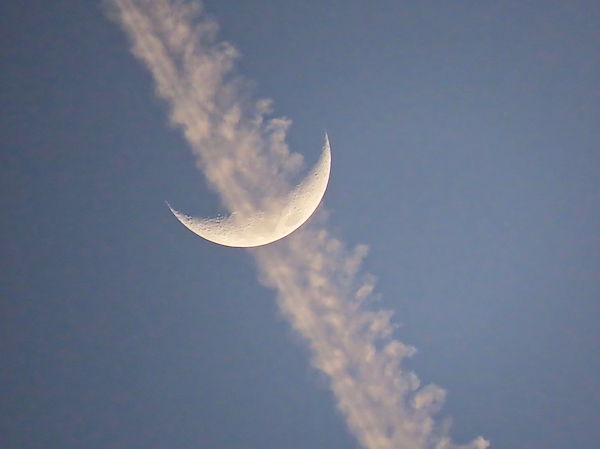 Our weekender tote bags are chic and perfect for a day out on the town, a staycation, or a weekend getaway.   The tote is crafted with soft, spun poly-poplin fabric and features double-stitched seams for added durability.   The 1" thick cotton handles are perfect for carrying the bag by hand or over your shoulder.   This is a must-have for the summer.

This is a picture of two of my favorite things to photographs in skyscapes: moons and contrails! April 9, 2019 was a particularly windy day in my... more

Spot clean or dry clean only.

This is a picture of two of my favorite things to photographs in skyscapes: moons and contrails! April 9, 2019 was a particularly windy day in my neck of the desert, and the contrails left by the jets were moving and changing shape almost as rapidly as the neighboring clouds. I caught this one in several positions in relation to this beautiful moon in Gemini, and considered myself very fortunate to catch it going dead center through the orb itself like a bow and arrow. Therefore, I called this one “Crescent in Contrail.” Two minutes later, the contrail had moved off to the side of the orb. That photograph is artistically enhanced with beautiful pinks and purples to complement the ongoing sunset, and called “Crescent AND Contrail.” This mystical, magical event must mean something, but I don’t know what. So all I can say is — enjoy!