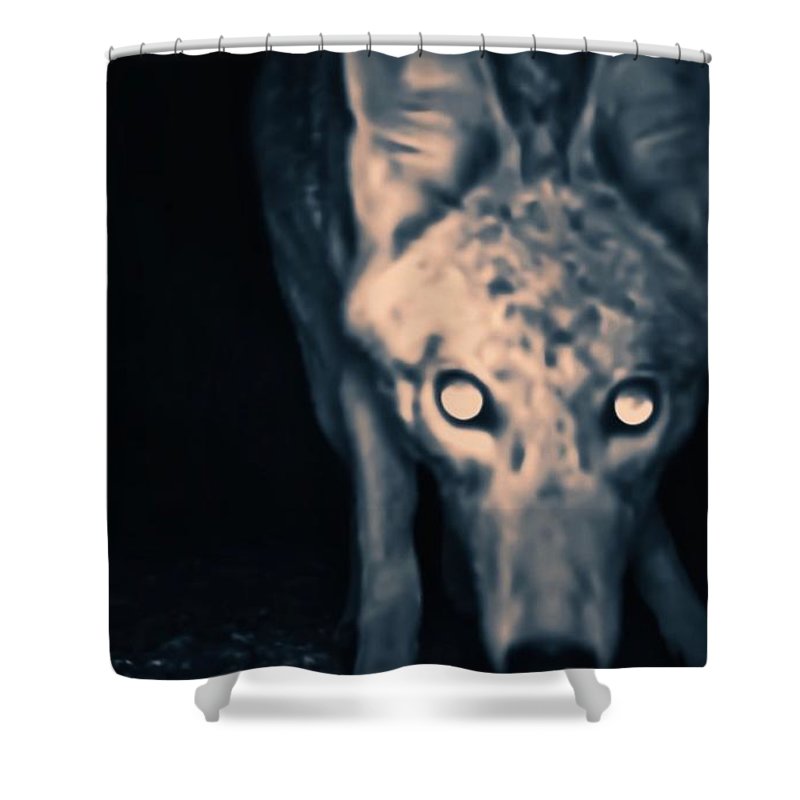 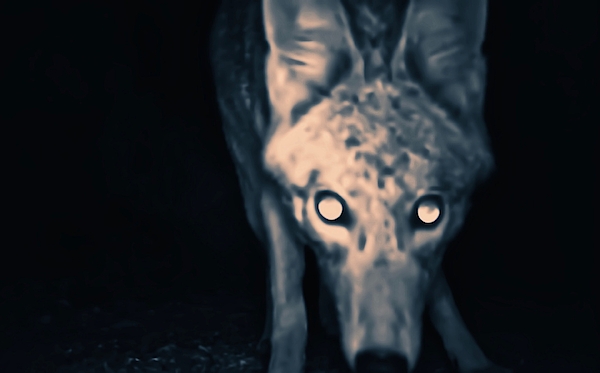 Our shower curtains are made from 100% polyester fabric and include 12 holes at the top of the curtain for simple hanging from your own shower curtain rings. The total dimensions of each shower curtain are 71" wide x 74" tall.

This coyote (Canis latrans) was captured on my night cam in the Sonoran Desert of Arizona about 50 miles south of Phoenix on the evening of February... more

This coyote (Canis latrans) was captured on my night cam in the Sonoran Desert of Arizona about 50 miles south of Phoenix on the evening of February 9, 2019. While it looks like the animal’s in a spotlight, this is an illusion created by the infrared technology used at night. The coyote’s eyes are bright due to the infrared light reflecting off the the tapetum lucidum in its corneas. While it may appear to be looking right at the camera, the only visible light is a few small red LEDs. The technology lacks the higher resolution of daytime photos, so I usually enhance them with effects to some degree to bring out the contrast and highlights. Here, the coyote was caught sniffing the camera! My YouTube channel has a whole playlist of nothing but coyotes - some of them caught at night like this one, and one in particular that looks like two coyotes dancing! Take a look sometime: https://www.youtube.com/playlist?list=PL4BE7D1BD205EC1D3